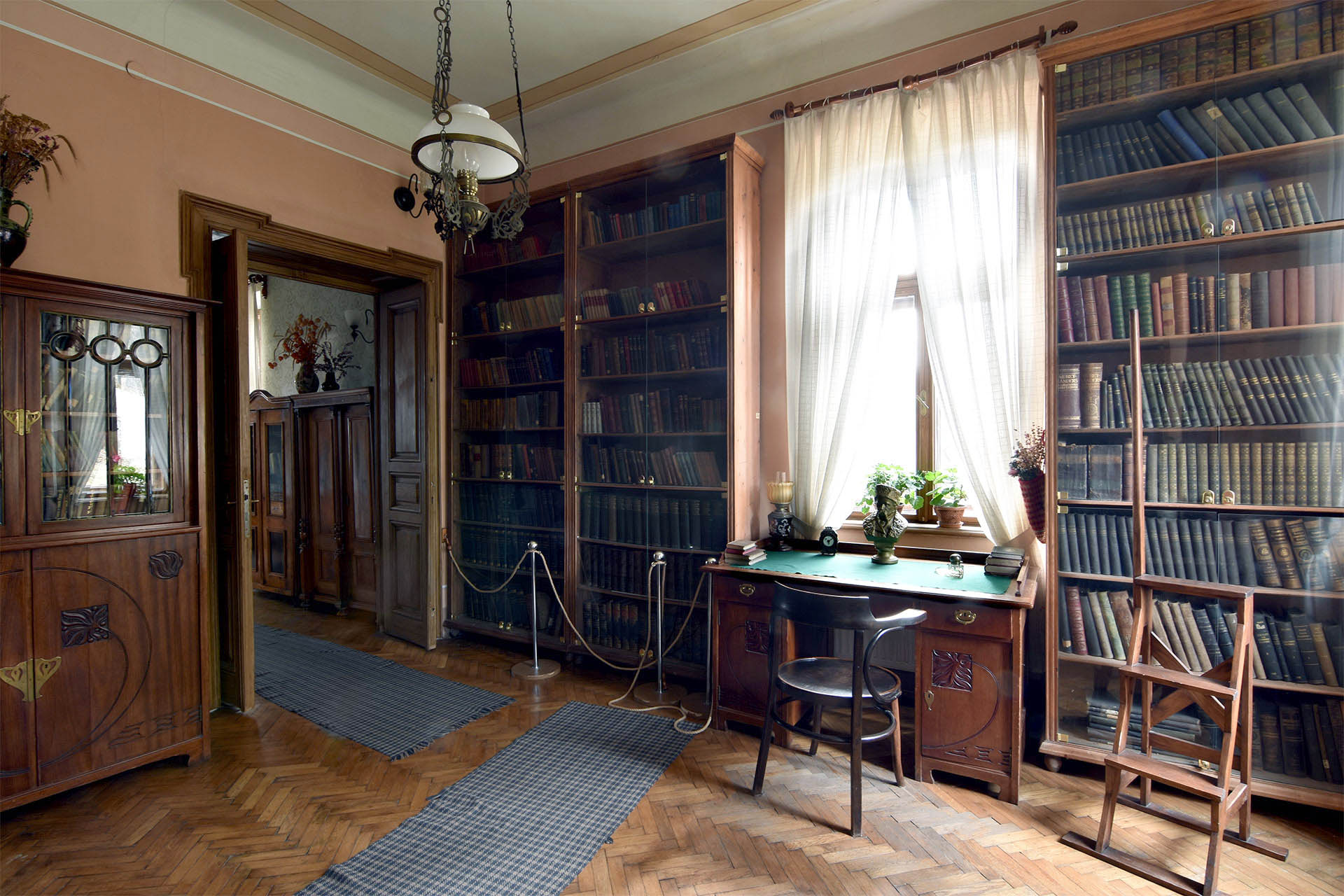 The library in Ivan Franko’s house was the most valuable, since it had in total over 10,000 publications. After his death the library and archive were moved to the Shevchenko Scientific Society in accordance with the writer’s testament. They were kept there until 1950. Afterwards, Ivan Franko’s manuscripts and the library were moved to Kyiv, namely to T. Shevchenko Institute of Ukrainian Literature of the National Academy of Sciences of Ukraine, where they are presently kept. The memorial museum holds part of the library of analogues. The writer’s library was placed on high unglazed shelves, where the books were arranged in two rows. A table and one bookshelf from this room are still kept in this room today. The library contained books in different languages and on different subjects, particularly on artistic literature, linguistics, art, music, pedagogy, natural sciences, technical and industrial spheres, medicine, law, economics, sociology, statistics, politics, encyclopedias, references etc.

Ivan Franko started to collect books while studying at a gymnasium. At that time he had already almost 500 volumes authored by Ukrainian and foreign writers. Ivan Franko was buying books at Lviv bookshops (on Batoriya St.) and also during his visits to Chernivtsi, Stanislaviv, Kyiv, Odessa, Cracow, Vienna, and Rome.

The first to research and put in order the archive and the library were members of the Shevchenko Scientific Society, in particular V. Doroshenko, M. Voznyak and
M. Derkach. A considerable number of unknown works authored by Ivan Franko was published by M. Voznyak. For years, the relics of Ivan Franko were arranged, saved and catalogued by Mariya Demyanivna Derkach. 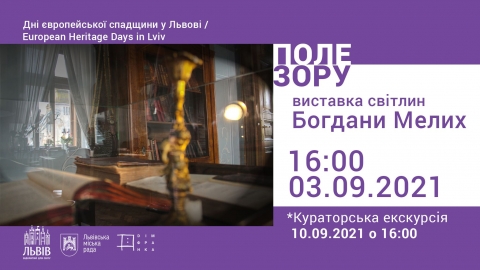