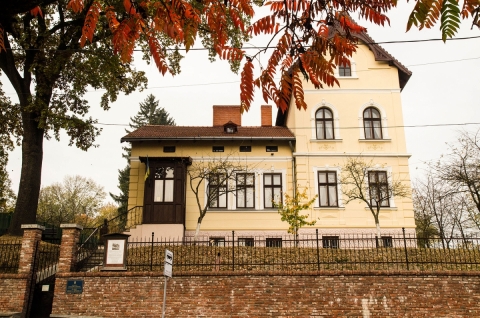 The first attempt to create a museum display about Ivan Franko was made in mid 20s of the 20th century. The letter sent by Franko's son Taras to the Shevchenko Scientific Society on 18 November 1923, shows that back then the family was already selling items from the writer's study to the Society. The piece "Ivan Franko's Room", published in 1925, said that "almost all important pieces of furniture and everyday items that the Franko family has kept have been bought for the display. Those items (bureau, bookcase, tables, armchair, sofa, diplomas, letters, icons, fishing equipment, an inkpot, quill etc.) were all placed in a separate room dedicated to Ivan Franko." According to the contemporaries, the room-museum recreated the interior of Franko's study.

There was no official inauguration of the room: there was no information about it in press at the time. Only the Shevchenko Scientific Society Chronicles for 1926-1930 says, "At the end, we should mention that in 1929 a special corner dedicated to Ivan Franko was set up by the Shevchenko Scientific Society Library, which contains the library, archives and other items (furniture) belonging to the late writer". They took pictures of the "corner" and the images were later used to do partial recreation of the study interior.

Academician Mykhailo Vozniak, in his 1925 article "On the Threshold of Franko Studies", wrote about the specific need to organize "Franko House in Lviv similarly to other institutions of other cultured nations" in the writer's house.

Franko's will says that "before the death he on several occasions expressed a wish to have his real estate, if sold by his children, remain property of Ukraine and house a humanitarian or cultural Ukrainian institution, preferably one that protects or serves as kindergarten for small Ukrainian children."

Ivan Franko Museum was set up at the writer's house more than 10 years later thanks to active involvement of Franko's youngest son Petro. In the new political reality, following bureaucratic procedures, the museum was officially inaugurated on 10 October 1940 in the villa where Ivan Franko spent the final 14 years of his life together with his family. The collection put together by the Shevchenko Scientific Society became the foundation for its collection.

It was Petro Franko who became the first director of the newly established Museum. However, after the start of German-Soviet war the NKVD bodies forcefully transferred him to Kyiv and ordered to have him shot to death.

The Museum did not open its doors until the end of WWII. On 1 May 1944, a bomb dropped near the museum and damaged the left wing of the building. It was gradually repaired and the museum display was renewed. The second official inauguration of the Museum took place on 27 July 1945.

Petro Karmanskyi, a renowned writer and friend of Ivan Franko, became director of the Museum. He was not in charge for a long time – in December of 1946 he was fired as "enemy of the people", "staunch bourgeois nationalist". The third person to become director of the Museum was Taras Franko – Ivan Franko's middle son. He was fired in July of 1947 for "pushing through alien bourgeois nationalist concepts". The next directors were: Ivan Kyiashko, Yakiv Tsehelnyk, Mariya Kikh, Semen Stefanyk, Vira Bon (acting director), Mykola Strutynskyi, Roman Horak. On 16 March 2017 Franko studies expert Bohdan Tykholoz became director of the museum.

Franko's villa was first restored in 1986 – five rooms on the first floor were renovated and a memorial display replaced a chronological thematic display. The displays in two rooms on the second floor were put together in 2006.

The Kitchen of Franko's House display was organized in late 2018.

In 1981, employees of Ivan Franko Lviv Literary and Memorial Museum built a house-museum in Franko's native village of Nahuievychi on the basis of local branch of the museum.

In 1991 Ivan Franko Lviv Literary and Memorial Museum received building at 150 Ivana Franka Street. It is a two-storey modern classicism villa built between 1923-1925 for Polish entrepreneur Antoni Uwiera. The building housed administrative rooms, offices of research fellows, primary and book collections of the museum. In honour of the 150th anniversary of Ivan Franko's birthday, in 2006 a literary display was created there, which tells about the creative path of the writer, his research, social and political activities.

On 23 August 2011 the museum was awarded national status. 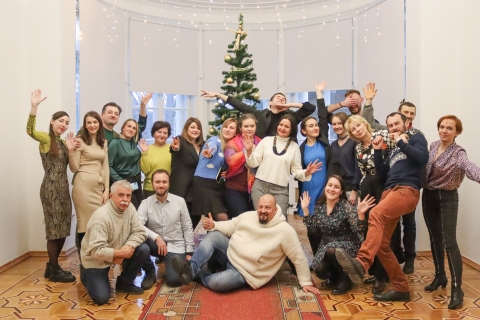